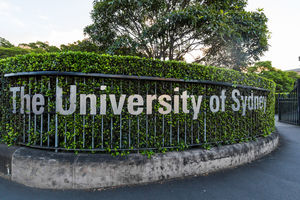 A graduate's perspective on medical school

As Frodo Baggins once said, ‘It’s over. It’s done’. Though I may not have destroyed the one ring to rule them all….. yet…. Another significant triumph has occurred in the last gasps of 2015 – I’ve finally graduated from medical school. Nick Cave said it best – ‘I once was in chains, and now I’m free’. It has been an exhausting, exhilarating, non-stop, breathtaking, weird, and wonderful journey. Going through medical school I have experienced both the high points, and the very low points of what that journey has to offer. I wanted to share my reflection on this experience with you, to give you an insight into the pros/cons and opportunities/downfalls of medical school. Hopefully also providing a little light at the end of the tunnel for you medical school hopefuls too! I still remember being in your position like yesterday, it’s all quite surreal at the moment!

Early Years
Coming from an undergraduate degree where I did literally nothing outside of what I absolutely had to, and being from a family that held no other tertiary qualifications, not a lot was expected of me in medicine. However, a new-found hope for the future, and landing the Medical Society President as a housemate, dramatically turned around my mediocre trajectory in my early medical school years. In my first year, on-top of my studies (I studied SO hard in first year!!), I became involved in a quasi-political medical student team bidding for the Executive positions in the Australian Medical Students Association (AMSA). I was attempting to fake it til I made it as a ‘Publications Officer’ (one who makes magazines, designs artwork etc… something I had zero experience in – funnily enough I’ve been a Publications Officer three times since this!) in the team. Through this, I met some of the most ambitious and motivated medical students in the country – some names you will surely hear of in the future, having founded new technologies or established themselves as national/global leaders. This gave me the inspiration to go onto much greater things.

Second year came around, having successfully passed everything – I set my sights on establishing a surgical society at our university, whilst fulfilling a role as Publications Officer at our medical society, and jumping on board a few research projects (I published 2 articles that year). Our surgical society started from very small beginnings of three people talking about it once a month, to winning a business planning competition worth thousands of dollars. This established the society and set it in motion to be one of the largest in the country. At the end of second year, I was readying to be the inaugural President, whilst also joining another bid team for the AMSA Executive. Having passed pre-clinical years, I eagerly awaited the practical challenges of hospital placements.

Later Years
After this glowing positive start to the blog, clinical years were not a happy place for me. I was extremely comfortable in a practical, professional environment; however, I was subject to treatment that would be regarded as bullying at a very delicate time, and it came close to destroying any positive views I had of the hospital, the medical profession, and medical school. Not only this, but my pleas for help were ignored and condemned by the medical school, which disillusioned me further. It was in this context I really separated myself from my studies, and put a huge amount of energy into our local surgical society, and then eventually as being Chair of the national surgical society organisation. Again, I was publishing papers in this third year, and also trying to expand a charity based in Sydney up to Brisbane (who I was also working for – as a stock analyst), all while juggling 2-3 jobs to keep the rent paid. I loaded myself with any work that I could, in order to take my mind off my studies – I actually avoided addressing my deep concerns completely.

I somehow limped through third year, and made it to my final year. I thought that a new year would bring a greater enthusiasm for medical practice, but it did not. I became more isolated from my peers during this year, I got released from my university jobs due to an extremely misdirected ‘punishment’ that placed me in financial strife, I left a long-term relationship, my grandfather died and I moved in to look after his house barely a day after his body was dragged out. At the same time I was dealing with suicidal attempts of a close friend. This was a bad year. As such, I fanatically bombed out of my exams, and condemned myself to purgatory – in other words, I repeated the year.

Now in 2015, I’ve had a much better year. I’ve been focusing on making peace with medicine, whilst also keeping myself busy with plenty of extra-curricula’s and other sources of income (thank you GradReady!). I’ve passed the year, and felt the happiest I have been for a long time – I’m comfortable with my studies, and where I’m taking them. I’ve now looked towards the administrative and legal side of medicine and have found a calling that I am extremely passionate and enthused by, which is quite unique I’m told!

This is but a tiny snapshot of my medical school career. What I really want to emphasise to you all, is that you will have ups and downs – and these might be drastic. I think I got a lot of things wrong during my studies – I should have sought professional guidance, I should have spoken up to my friends, and I should have been more mature in dealing with some of my conflicts. However, the medical school journey is just as much about growing into a doctor as it is about getting to know yourself. I have faced countless, heart-wrenching challenges, and still gotten through them successfully, even if they were crushingly painful. The achievements I’ve received in medical school are really astounding, and I am extremely appreciative of the huge number of opportunities my studies gave me. The mixing of almost impossible challenge with the relief of climbing out of a pit of personal despair to be on top has been quintessential to my personal evolution.

Although I may not be a clinical doctor in the future, medical school has given me much more than that – it has shown me what it takes to succeed, and has illustrated the capacity I have to get there.

Editor's note from the GamsatReady team - A massive congratulations to Elliot on making it through what sounds like a challenging few years!