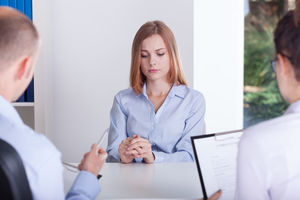 Ah, I love the smell of interviews in the morning

Once the dust settles on your recent interview offer and the squealing and ecstatic, uncoordinated fist pumps subside, it’s time to give thought to what you’re actually going to have to say.

Okay, first of all, we should start with a little bit of background information. The interview offers are calculated based on a rank that students receive during their first application submission - which is summarised here (What GPA do I need?). Both GPA and GAMSAT® Exam scores are considered at most Medical Schools and some Medical Schools even take into account how good of a person you truly are (portfolio schools). If you make the first cut and receive an interview, take a moment, give yourself a pat on the back, or shoulder if you’re inflexible, and revel in the glory of it for just a moment.

Now, let’s get down to business. The Medical School interview process is strenuous. One could comfortably say that at this stage, the journey is only just beginning and that is because on average, only 1 in 2 of the people that you see on interview day will be joining you as a fellow medical student the next year. The fiery speculation is amplified by the fact that almost every Medical School remains very mysterious as to what questions will be asked or what scenarios you will be bombarded with. But it’s not all bad news: I like to think that the 1-in-2 odds are in fact pretty nice. Of course, some Medical Schools - generally the bigger ones - cut more students because they offer more interviews to cover their bases, but some Medical Schools cut less, so *disclaimer*: individual odds may vary.

Nowadays, all interviews conducted by GEMSAS schools are in the Multiple Mini Interview (MMI) style, coined by the smart folk at McMaster Medical School in Canada. The MMI will become your new favourite three-letter acronym (TLA) as you move into the next few months. You will hear horror stories that it was harder than the GAMSAT® Exam and then some blissfully intelligent medical students from years gone by declare that, “if you can talk to a stranger on the street, you can nail an MMI”.

So what’s the truth? Well, discerning the static from the noise is always a trouble with the advent of Medical School-centric social media such as Paging Dr. I will try my best to summarise my experiences - at both the University of Melbourne and the University of Sydney. Here’s how they work:

Both MMIs were like flashes of light in front of my eyes. Time seemed to crawl by in the weeks leading up but then suddenly vanished when I was given my 8 rounds of 6-8 minute interviews, which is undoubtedly due to my great friend, adrenaline. If you can realise now that this process will not be cushy and filled with rainbows, you will do fantastically in any interview. It is old advice, but dealing with stress is the key to unlocking your interview potential. The reason is that in that very first station, you will say a word or a string of words that sounds like it came out of a mushy food-eating toddler - but that’s okay.  Not only are you nervous but the interviewer, who is almost always a clinician, lecturer or lovely person from the community, is just as nervous, for in front of them, they hold a scoring sheet that may determine your future. They know how important the MMI is to us. In the way of first impressions, a smile goes a mile. These interviewers are trained to be dead-pan in most cases and their expressionless responses can sometimes be off-putting. However, the more that you can smile and use non-verbal communication methods, the further you will go to subconsciously inducing empathy and opening up their ears to what you are really saying.

Just a couple of notes to finish off: as of last year, the only Medical School not offering the MMI format was Flinders University in Adelaide, who conduct the admissions process independent of GEMSAS anyway. If you go through GEMSAS and receive an interview, you only get one. This is the moment to step up your game. If worst comes to worst and you ‘flunk’ said interview and that Medical School chooses to give your spot to someone else, you still have a shot at the next Medical School that you preferenced - and to whom your interview score is passed onto. The ultimate and perhaps best advice that I will leave you with is to remember that this is not a show of what you’ve done or how smart you are - the Medical School already knows that - instead, it is a chance to display who you are. So, what subtle nuances make you the glorious person that you are? Let them shine through and you will have no troubles getting through the MMI!

This is our final course before the March 2020 GAMSAT - Take advantage of our 19-Day live course with 100+ contact hours, run by experienced medical student tutors in an interactive environment with classrooms limited to 21 students!