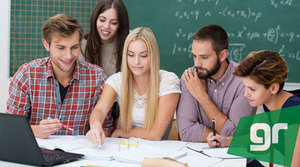 Hot off the press – GEMSAS interview offers are being released!  Congratulations to everyone who has successfully passed the GAMSAT exam and already received theirs!

This blog post will outline the key dates left in the admission process, discuss the difference between the panel and MMI format, and help you identify which InterviewReady course is the right one for you!

If you do not qualify for an interview at any of your preferenced universities, GEMSAS will notify you via email.  This usually happens fairly early on in the piece, and they also normally update their website to indicate when all rejection emails have been sent – so after that point it’s a case of no news is good news.

InterviewReady preparation courses
To coincide with interview offers GradReady are holding InterviewReady courses throughout September.  This year, to cater for increasing demand, we are running two different courses that run over two days (one weekend apart) – the Comprehensive course and the Essentials course.  Day 1 (the workshop) is identical for both courses, but Day 2 (the practice MMI) is different, with the Comprehensive course being a full length mock MMI with 1:1 feedback, whereas the Essentials course is a tutor facilitated peer-run MMI (similar to the courses run by other providers).

Which InterviewReady course is right for me
MMI vs. Panel interview (or UWA vs. the rest of the world)

Every GEMSAS school (with the exception of UWA) use the MMI format for medical school interviews.  And although the InterviewReady course is designed with the MMI in mind, it’s still incredibly valuable preparation for the UWA panel interview (and indeed the one UWA applicant at the Sydney IR course last year was successful in gaining a place at UWA).  The reason being that the questions asked in the panel and MMI format are the same, and the rationale behind the change to MMIs was simply to remove any potential bias that arises from spending the entire interview with the same panel of interviewers (a recent example is UNDA – MMIs were introduced for the first time in 2014 but the actual content was largely the same as the year before).  As such, the MMI is essentially a panel interview, only with different stations and different interviewers for each question. Check out our other blog article to learn more about How the MMI differs between Australian medical schools.

As noted above, the comprehensive and essentials courses only differ in the way day 2 (the interview practise) is run.  Despite the success of our Comprehensive course, it is expensive to run due to the costs associated with having so many amazing medical students on hand to interview and so many rooms to book.  So in order to cater for varying budgets, the Essentials course has been designed to give you the same practise at MMI scenarios, but in a more collaborative environment – students will take turns being the interviewer, the interviewee and the marker, and groups will be facilitated by an experienced tutor.  Compared to the comprehensive course the stations will largely be the same, however there will be less individualised attention.

For more information about the medical school admissions process, check out our guide on Australian Graduate Medical Schools - Admission Requirements.

The March GAMSAT is now only two months away - Don’t miss our final course before March with spots filling up quickly!

Join our Online Attendance PBLs updated for the new March 2022 GAMSAT exam format, with new MCQs and resources added to facilitate your learning. Get support with our 15 Day Course and 75+ Contact Hours!

Join 8000+ GradReady Students with an average improvement of 20+ Percentile Points, 8 years in a row!