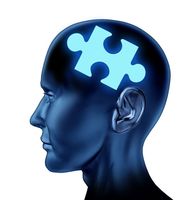 This is another of our blogs that aims to give you an idea of the health issues that surround what one may consider a societal issue of interest. Similar to the article on the GP Co-Payment, this piece will seek to give you an insight into the health concerns that have been expressed by the medical profession with regards to Australian asylum seeker policy, with the overall aim to assist in your consideration of this significant issue. Indeed, it is important for not only your personal and professional development to be aware of the health implications of government policy, but also because your thoughts on Australia’s treatment of asylum seekers may be requested in a medical school interview. Having a reasonable knowledge on subjects such as these is invaluable for your interview preparation – it is definitely not uncommon for candidates to be asked to comment on a political issue that may relate to health, and so it is important to be able to discuss the issue in manner that weighs up both aspects of the debate, as there are often two sides.

Again, asylum seeker policy is an issue that is multifaceted, and this short blog will not be able to go through all of the different issues and arguments surrounding it, so I definitely recommend expanding your reading! Especially interesting is the history of this issue in Australia, stretching from the policies enacted at early Federation to stem the perceived ‘tide’ of ‘illegal arrivals’ from overseas, to a resurgence in humanitarian concerns expressed in the 1970s to allow a large amount of Indonesian refugees into the country, and finally to the modern-day militarisation of what is largely a humanitarian issue.

Contemporary asylum seeker policy was driven by the negative political, media and public reaction that was directed at the arrival of approximately 12,000 asylum seekers, predominantly from Iraq and Afghanistan, between 1999 and 2002. The ‘Pacific Solution’ was born from this, where Australia transferred asylum seekers to detention centres located on the poor island nations of Nauru and Papua New Guinea, in exchange for increased aid funding and political support.

‘Operation Sovereign Borders’ was enacted as the new militarised policy to ‘protect’ Australia from the threat of asylum seekers, led by a three-star General. This policy also permitted the turning back of boats to places of persecution (refoulement – illegal under the Refugee Convention and human rights law), created media advertisements threatening asylum seekers with refoulement, removed all expert, independent advice to asylum seekers, and used a military shield to stop information release about any government activities under this policy. Although Australia receives a tiny number of asylum claims, the government have framed their policies as a ‘war’ to stop the ‘illegals’ who threaten the Australian ‘way of life’.

Relevantly to us as future medical practitioners, health care in detention is governed by Commonwealth immigration law. The offshore detention centres have been deemed to be below international standards by Amnesty International and the United Nations High Commissioner for Refugees, and the Australasian specialty Colleges of Physicians (Ferguson et al. 2014, 377), Psychiatrists (Zion et al. 2012, 68), and Paediatricians (Isaacs et al. 2014) have all expressed grave concerns at the poor standard of health care. The camps, with deficits in electricity, drinking water, washing water, and communications devices throughout their history, have been marred by violence, unsanitary conditions, hunger strikes, trauma, rape, sexual abuse, soiled clothing during medical assessments, easily preventable deaths, poor mental health, child suicide attempts, riots, rampant homophobia, harassment, bullying, and assaults. There are now thousands of children in detention, with all asylum seekers having a damaging lack of access to health care and an environment that is so toxic, psychological treatment has little or no effect.

Indeed, so poor are the conditions in these camps, the UN Committee Against Torture has recently issued staunch condemnations of Australia’s immigration policies, and international courts have found Australia to be guilty of removing human rights from asylum seekers. Through the granting of broad powers to the Minister of Border Control, and the suspension of the rule of law, Australia has repugnantly rejected its obligations to the world’s most threatened people.

As future medical leaders, and more immediately in preparing for your interview, it is important to have regard for a significant health concern of a whole group of people who are legally under Australia’s care.