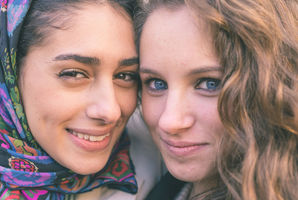 How about Medical Anthropology?

How many times have you come across television sitcoms or visited a GP in Australia or internationally, and there has been some form of cultural misunderstanding? This has happened to me plenty of times. In China I was x-rayed by a doctor who had a lit cigarette dangling out of his mouth. Then I was put on a drip in a packed hospital despite my protests for a simple cold. In Panama, I was attended to by an obstetrician to check for dengue symptoms as the general GP was out to lunch. He later told me he wasn’t a formally trained doctor. While bedridden in Mexico with a severe stomach ailment, I was prescribed avocado soup (which was delicious) and strictly no Coca-Cola for 7 days by the doctor.

Such cross cultural understandings of how to best treat illnesses and injuries are the cornerstone of Medical Anthropology. The instances which I have described are relatively harmless, but anthropologists (social scientists who study human diversity, societies and culture) have found instances where cultural misunderstandings in medicine prove far more dangerous. Medical Anthropology views medicine and treatment as adaptable to different socio-cultural contexts. It further seeks to build bridges between western medical knowledge and health practices, and non-western. This is not to argue that more eastern or alternative practices should be used, but rather, to highlight situations where cross cultural communication fails and patients’ medical conditions or lives suffer due these knowledge ‘gaps’.

Anthropologist Charles Briggs (2003), for example, examined the cholera epidemic in Venezuela during the early 1990’s. He notes that racial stereotypes exacerbated the spread of cholera as the media and journalists attributed its spread to certain ethnic populations but refused, or were slow to treat it. For Briggs, racial cultures specific to Venezuela helped to explain why a disease so easily treated was so prominent in modern times.

Medical anthropologist Anne Fadiman (1997) has also written about the experience of a refugee Hmong family from Laos whose daughter undergoes treatment in California for epilepsy. She notes that the Hmong family rejected western medication due to the belief that their daughter was spiritually gifted during epileptic episodes, and that the illness and pain caused was due to an evil spirit. Hmong treatments therefore require animal sacrifice and a shaman to relieve her of the evil spirit. Fadiman also details doctors’ difficulties in communicating with the family due to language barriers, rational thinking, and not being able to ask the family for symptoms. Ultimately Californian doctors thought the lack of medicine was killing the Hmong child, while her parents thought the medicine was making it worse. Even if Hmong treatments and beliefs may seem irrational, the misunderstandings between the Hmong and western doctors prolonged the child’s suffering and she has since passed away. As a result, calls for more cross cultural medicine and doctor’s training have been made.

It is pretty obvious then, that whichever medical industry you wind up in, there are going to be times when cross cultural miscommunication will be an obstacle. Particularly in a multicultural nation as Australia, or if you want to work abroad. So for those of you at the beginning of your medical career and preparing for GAMSAT® Exam, Medical Anthropology could be a great way for you to give yourself an edge in the industry. It would also be a great opportunity to help those not familiar with western medicine, and avoid cases such as that of the Hmong child. As Sarah R writes in her blog - learning how to communicate with your patients is important.

Fadiman, A 1997, The spirit catches you and you fall down : a Hmong child, her American doctors, and the collision of two cultures / Anne Fadiman, New York : Farrar, Straus, and Giroux.

This is our final course before the March 2020 GAMSAT - Take advantage of our 19-Day live course with 100+ contact hours, run by experienced medical student tutors in an interactive environment with classrooms limited to 21 students!