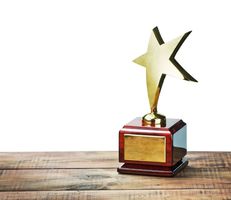 Bringing you the latest and greatest in medical news from around the world, it’s the GradReady blog! Although this piece of news is a few weeks old at the time of writing, it is an achievement that has not been widely discussed in popular media in Australia (unsurprising). However, the 2015 Nobel Prize for Medicine has been awarded to joint winners who have done some amazing work in advancing the science of medicine even further!

William Campbell, Satoshi Omura and Youyou Tu jointly won the Prize  for their work against parasitic diseases. Irish-born Campbell and Japanese Omura won half of the prize for discovering a new drug, avermectin, that has helped the battle against river blindness and lymphatic philariasis, as well as showing effectiveness against other parasitic diseases.

The Chinese scientist Youyou Tu was awarded the other half of the prize for discovering artemisinin, a drug that has significantly reduced the mortality rates for patients suffering from malaria. Dr Tu has been a particularly interesting winner, as she is a researcher who has spent her entire career researching traditional Chinese medicine. Based at the Chinese Academy of Traditional Chinese Medicine in Beijing (now the China Academy of Chinese Medical Sciences) since 1965, scientist Youyou Tu has been a fantastic example of how one can study, and derive benefits from, Chinese and Western medicine.

Interestingly, the antifebrile effect of the Chinese herb Artemisia annua (qinghaosu 青蒿素 or ‘sweet wormwood’), which Dr Tu has produced in drug form, was known 1,700 years ago. Tu was the first to extract the biologically active component of the herb – called Artemisinin – and clarify how it worked. The result was a paradigm shift in the medical field that allowed for Artemisinin to be both clinically studied and produced on a large scale. There is some speculation in the academic/medical world that this award may indicate a change in the Western philosophy of practically disregarding the ancient techniques of Chinese medicine. Indeed, there has been increasing calls for medical students to learn aspects of the art during their preliminary studies.

These two discoveries have provided humankind with powerful new means to combat debilitating diseases that affect hundreds of millions of people annually. This may be an area that we see continued ground-breaking research as we are pushed time and time again to respond to new contagious/virulent diseases. Of great concern is the often speculated, and incoming, ‘superbug epidemic’, where we will be swamped with completely anti-biotic resistant bacteria. We here at GradReady are very excited to keep seeing what fantastic developments continue to be produced across the medical world!