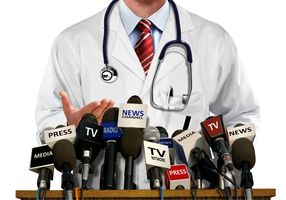 I’ve decided that it may be useful and exciting for our medical school hopefuls to get a bit of a round-up of current events and news that are relevant to medical students every now and again, starting November of this year! This won’t be a monthly blog post, by any means, as medical schools are not quite that exciting all of the time – BUT, if there is relevant news happening in the world of medical schools, you’ll hear about it, right here on this blog!

Rural Doctor Shortage
Medical Deans Australia and New Zealand’s annual survey of final-year medical students found that 76 per cent reported coming from capital cities, up from 67 per cent in 2010. 84 per cent reported having spent most of their lives in an urban area, which has increased from the last year. Conversely, those medical students who have come from a regional or rural area have dropped nearly by half. This is an extremely important issue, especially as it is mostly rural-originating doctors who go back to the rural setting to provide healthcare in these crucial areas. There is currently a large rural doctor shortage, where there are 257 doctors per 100,000 people in outer regional and remote areas, compared with 426 medical practitioners per 100,000 in major cities. The Australian Medical Student Association has stated that a key problem is the severe lack of specialist training places in regional areas, which practically forces new doctors to do their training in major urban centres.

Internship Numbers
Due to growing numbers of graduates, and restricted funding for training places, the next few years will see an increased number of graduating medical students missing out on internship. South Australia appears to be the most problematic area, where there is already a short-fall of intern numbers (though certainly appearing in other States as well), which sets to rise over the coming years. The Australian Medical Association has accused the South Australian government of not meeting their responsibilities and obligations in providing enough medical training, and has called on the Federal Government to apply pressure to the States to ensure adequate training is provided. However, the State Health Minister Jack Snelling has denied the claims of the AMA and has stated that it will only be international students who miss out. Although such a statement may be reassuring to our domestic medical student hopefuls here at GradReady, this author takes issue with this lack of regard to international students who are funding our universities and paying exorbitant fees in the process. Those who want to train in Australia and help treat the community should be supported in their efforts to do so.

Medicine and the Arts?
In line with other examples across the world, Harvard Medical School launched a formal initiative to integrate the arts and humanities into their medical course. The initiative also looks to create more opportunities for students to explore music, visual arts, and drama by hosting events, including case narrative readings and performances by the local orchestra. This is on the back of many medical schools around the world (unfortunately not including Australian schools) recognising medical education as a more holistic growth process. Studying humanities has been argued to help aspiring doctors relate better to patients, and research has demonstrated that such co-studies helps with diagnosis, empathy, and clinical skills. We’re all hoping that the generally strict and cardboard-plain medical education in this country will be reformed, and hopefully include the holistic training of medical students across a range of relevant areas!

The March GAMSAT is now only two months away - Don’t miss our final course before March with spots filling up quickly!

Join our Online Attendance PBLs updated for the new March 2022 GAMSAT exam format, with new MCQs and resources added to facilitate your learning. Get support with our 15 Day Course and 75+ Contact Hours!

Join 8000+ GradReady Students with an average improvement of 20+ Percentile Points, 8 years in a row!