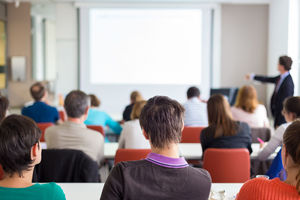 NEWSFLASH - Turns out the ACCC’s decision to re-authorise the GEMSAS admissions system is not as boring as you might think!

On 19 November 2014 the Australian Competition and Consumer Commission (ACCC) re-authorised the GEMSAS admissions system, thereby protecting the GAMSAT ® Exam Consortium (the Consortium)1 from anti-competition violations as a result of its admissions and interview procedures.  Although the re-authorisation simply maintains the status quo, the ACCC decision raises some interesting points about the GEMSAS admissions system that many applicants may not be aware of.  But if the thought of reading hundreds of pages of submissions and decisions puts you to sleep - never fear - for the juiciest bits have been summarised below!

That’s most of the juicy stuff.  The rest is about how the GEMSAS system doesn’t prevent competition and can be boiled down to the following:

So in summary, if you look past the juicy tidbits that were disclosed, the decision tells us what you would already know if you’ve ever spoken to any of the pre-GEMSAS applicants – the system is far from perfect, but it’s way more efficient than having to apply directly to each medical school.

However, given that USyd (and soon to be Monash) have left the consortium, we will have to wait and see whether this results in any flow-on changes to the application and interview process.