Physics for the GAMSAT…why bother? 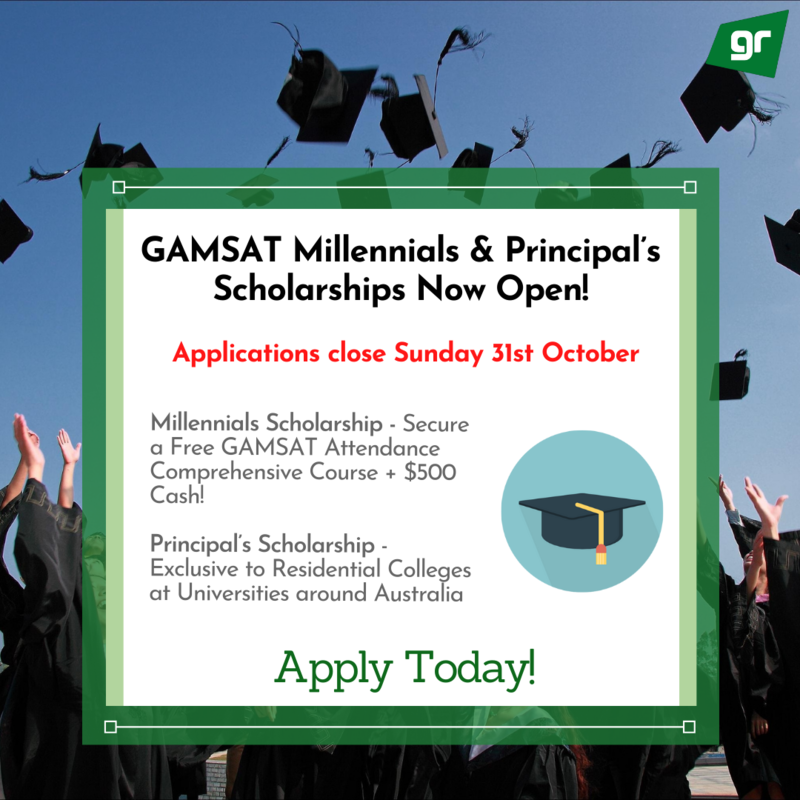 GAMSAT approaches, it’s not uncommon to hear hopeful medical candidates having conversations about the GAMSAT in university corridors. Some of them go something like this:
‘Yeah...I haven’t done physics in years so I’m just not going to bother with it. It’s only worth 20% of one section. If I focus on chem and bio and have them down pat, then I won’t even need the marks from the physics stuff...’
‘My approach exactly: I’m just going to guess the answers and hope I get some of them right -  one-and-a-half minutes is nowhere near enough time to answer a physics question...’
‘I’m fairly confident about section 1, so I figure why spend so much time focusing on physics? I agree - just get all the marks you can from chem and bio and the other 20% won’t even matter...’

Many of the candidates we see here at GradReady enter their GAMSAT preparation with a strong background in biology, chemistry or both. Likewise, many have done physics at the high school level, but haven’t given it much thought since, and thus the GAMSAT with its physics questions poses an unwelcome opportunity to revisit work that some felt they’d escaped when they left high school. While we’d hope that few candidates would fall into the trap of avoiding physics questions and believing that their biology and chemistry will ‘get them through’, here’s a list of the reasons to invest some of your time in preparing for these questions, just in case you’re tempted.

1. It makes a difference

I’ve personally tutored GAMSAT students who’ve confessed to me that they avoided physics because they found it difficult or weren’t convinced that it was going to play a part in their success. It was only when they didn’t get the mark they needed that they ‘bit the bullet’ and invested some time in it. Some were skeptical about their ability to understand what the questions were talking about, while others were intimidated by the prospect of doing physics without a calculator. However most found that physics, like everything else, just takes some practice to get the hang of, and were able to confidently attempt questions when they re-sat the GAMSAT.
It’s really something else to see a student who’d once confessed this to me come back months later with an offer after investing some time in this area.

2. The preambles tend to be shorter for physics

Ever looked at a five-part chemistry question and wondered how you’ll get through the reading, answer the questions, and simultaneously stay within the time limit?
The good news with GAMSAT-style physics questions is that they often have much shorter preambles than their counterparts. This means that being able to do physics questions quickly and accurately will both give you marks and leave you more time for other questions.

3. You can sequence your study

Over the years we’ve seen some physics topics and concepts arise more than others in the GAMSAT. For example, nuclear physics questions have are common in the exam. By identifying topics which have come up more often, you can tailor your study and choose to practice with questions relating to these topics first.

However, it is still very important to keep in mind that nobody can make guarantees about the specific content of the GAMSAT, and it would be wise to ensure you are well-prepared for a majority of topics; it is perfectly possible you’ll see a question on a topic that is rarely examined.

So where to now if you have been avoiding physics and want to make a start? A good first step is to take a look at the kinds of questions you’ll be getting - you’ll get these when you register for the GAMSAT from ACER. Following this, look elsewhere and ask others for resources which helped them when preparing for the GAMSAT.

With less than a month less till the upcoming March GAMSAT, I wish all you readers the best of luck!

With up to 5 Millennials Scholarships available across Australia, don't miss your chance to secure a Free GAMSAT Attendance Comprehensive Course + $500 Cash!

We’ve also partnered with residential colleges around Australia for our exclusive Principal’s Scholarship - Take this chance to secure your free GAMSAT course for the March 2022 GAMSAT Exam!

Applications close midnight this Sunday 31st October - For details on how to apply and to find out more, click on the link below.