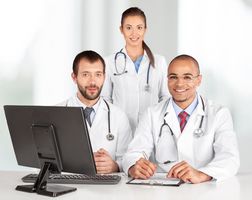 The Australian healthcare system is a complex and scary beast, and this blog could in no way seek to cover the entire sector and the various issues that it is currently facing. However, one of the more topical problems to be faced by Australia’s health system is that of budget cuts, and the move towards privatisation of health in the country. Many policy analysts and public health experts have argued that the current Federal Government are set on the ‘Americanisation’ of Australia’s healthcare system.  That is, turning Australia’s health system into one similar to the US where the patient is responsible for the costs of their healthcare, rather than the government paying a majority of the costs with money obtained through the taxation system (think GP bulk billing, and the fact that you don’t get charged if you turn up to ED with a broken arm). This is despite the evidence that the US spends 18% of its GDP on healthcare, compared to Australia’s cost of 9%, and achieves much worse health outcomes than most modern, industrialised nations. So what exactly is the Australian government attempting to do in 2015?

One thing that we haven’t really heard since the May budget is health funding. However, organisations and leaders in the health sector have been terrified of the gutting of the public healthcare system that has been instituted over the last two years. Indeed, major public health organisations held a ‘Crisis Meeting’ at the National Press Club in Canberra in response to these cuts in mid-November. These organisations are worried about (and you should be too) $793 million cut from public health in the 2014 and 2015 budget. According to the Public Health Association of Australia, areas that are under threat from these funding cuts include chronic disease prevention, health protection, alcohol and other drug treatment and some rural health sector funds, as well as initiatives in key areas such as health workforce, capacity building, communicable disease and health surveillance.

Especially at risk is the provision of essential services in rural, regional and remote Australia. The cuts will adversely affect work to close the gap in health outcomes for Indigenous Australians, managing vital responses to communicable diseases and delivering substance use treatment services around the country – ironic considering the strong media stance the Federal Government has taken on the ‘scourge’ of ice.

Apart from the budget cuts (there’s more you say?!), the Federal Government is currently conducting a review of private health insurance, which has equally been met with a great amount of trepidation from the health sector – the possibility of the ‘Americanisation’ of Australia’s healthcare becoming more likely. Unlike Australia, where everyone is entitled to Medicare, the United States does not have a universal healthcare system. Most Americans under age 65 get private healthcare through their employer or pay for their own health insurance. Those over age 65, people with disabilities, and the very poorest have access to government-administered insurance programs. However, some of these are state-based programs, which mean individual states can decide who is eligible and how to implement it. Some states have stricter guidelines than others, meaning many poor people are ineligible.

Health insurance companies in the US can set their premiums based on demographics, and make healthcare more expensive for particular people. As a result, millions of people don’t have insurance and thus can’t access affordable health care. It appears that the Australian government is looking at implementing similar allowances for private insurers, where fees could be levied on the basis of ‘risk’. The Australian Medical Association has come out strong fighting against this possibility. Obviously, this issue can’t be fleshed out in enough detail to give you a really good idea of the current discussions – but this author would highly recommend you do your own research on this, and talk to people about it! Many of these proposed changes in health are going unnoticed and unmentioned, and can have serious ramifications for the community in the future.

For some further reading, check out the following links: