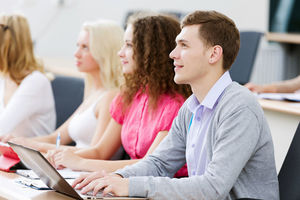 It’s not a secret that Australia is in an on-going ‘doctor shortage’, where many areas of our widespread country have a severe lack of doctors servicing the needs of local communities. One of the fiercest debates that has occurred this year in the medical profession is the necessity to construct new medical schools to train more junior doctors in order to tackle this crisis. On the face of it, it would seem a sensible proposal that if we create more medical students, there will be more graduates to step into these areas of need and thus the doctor shortage will be solved. However, the truth to the matter is slightly more complex, and the various arguments have emerged in the media as a result of the confirmed Federal funding for the Curtin Medical School in Western Australia.

The Federal Government has been under a huge amount of criticism with the decision to dedicate $20 million dollars of funding to Curtin University to build a medical school approximately 20km outside of Perth. The government has argued that it will help fill a short-fall of 900-1,000 doctors in Western Australia, and also support tertiary education in the local area. Indeed, for our medical school hopefuls here at GradReady, this would appear to be a positive move for them – after all, more medical schools mean a greater chance/opportunity to make it into medical school. However, the concern that has been voiced across the medical profession, emphasised by the Australian Medical Association (AMA) and the Australian Medical Students Association (AMSA), is that this move would not only do nothing to solve the doctor shortage, but may be creating poorly trained medical graduates.

The AMA has argued that Australia does not need any more medical students or medical graduates. With over 17,000 medical students in Australia already, there is not a shortage of junior doctors being produced. The shortage lies in the training places available to train junior doctors into specialists and create senior doctors that can actually practice independently to address doctor shortages in the community. There is currently a bottleneck in the Australian medical training pathway; once medical graduates get into the workforce, it is extremely hard to be able to get into specialist training pathways due to the lack of funding for positions. Indeed, it has been strongly argued by the AMA and AMSA that this funding for new medical schools should instead be redirected into funding for additional training spots.

A further concern is that creating more medical students, where there are often already groups of 10 or more crowding around patients in public hospitals, will dry up learning opportunities. It has been argued that medical students are graduating now without many of the core skills expected of doctors only a decade ago, due to the lack of exposure. This is partly due to an evolving attitude towards the medical profession, as well as an increasing litigious society, but also as a result of a huge amount of medical students on the wards.

This is an extremely important debate to have, and even though the Curtin Medical School may be going ahead, it will be vital as medical students and junior doctors for us all to advocate for increasing the amount of training places available. As the ‘doctor shortage’ is not a shortage of junior doctors or interns, it is a shortage of consultant doctors who can practice independently and service the community – a role that we all want to have the opportunity to enter in the future.