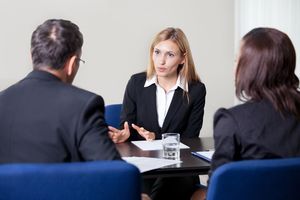 The Ethics of Medical Entry – not why but how

Now that I’ve got your attention with that snazzy title, I want to assure you that I’m not going to launch into a detailed discussion on the ethical tenants that underpin medical practice, or lecture you on not getting sexually involved with patients. You’ll get plenty of that in medical school (not the ‘involved’ part, but certainly the lectures on why you shouldn’t)! This blog is all about making sure you are comprehensive in your GAMSAT® Exam and interview preparations, and that you do not exclude complicated areas of interest that you might deem not ‘sciency’ enough.

Having some kind of ethical compass is excruciatingly important to emphasise to not just your GAMSAT® Exam markers, but possibly more importantly, your interviewers. The GAMSAT® Exam will rarely stringently test you on your ethics and squeeze you for where you sit on the big thread of moral fibre. However, the interview on the other hand is almost purely constructed to make sure they filter out the ‘nutters’ from entering medical school, which invariably means that they will want to investigate what your ethics are like. This doesn’t mean they’re going to ask you about the definitions of liberty or beneficence, but they will certainly look at you demonstrating some redeeming ethical qualities, and having a fairly moderate, well-considered approach to difficult ethical questions.

This may be especially difficult for those of you who hold fairly controversial and irregular views on some of the defining issues of our time, and I would just impart a little word of warning that the medical profession is quite a conservative one – and I actively distance myself here from judging on the merits of this. Whether right or wrong, if the following ethical topics that I am going to outline come up, it’s good to be honest (of course), but most likely not wise to go on a rampage that could be judged extreme or unordinary.

I find most of these questions come up in individual stations of the Multi-Station interview style that is now popular in medical school admission tests. Most of the time, there will be one or two assessors who will ask you for your views on issues such as:

It is fairly important, not just for the admission but for your general knowledge, to have a reasonable understanding of both sides of the issues at play in these topics. It is most important here, when asked on these subjects, to present a well-balanced discussion on the topic, where you don’t necessarily have to conclude one way or the other, but it has to appear you are not ignorant of worldly issues. The reason for these questions is to show you are at least slightly worldly, and also that you can discuss controversial issues and demonstrate some humanity in doing so. Thus, supporting the health of the marginalised and the sick is obviously an important thing to do (as well as in your work as a doctor!).

Researching these topics can be challenging, and information is rarely not biased by other interests. However, when I was preparing for entry into medical school, and particularly for my interview, I made sure I read weekly postings from BioEdge, and the almost daily reading of a respectable independent newspaper. Unfortunately, as there is a severe lack of independence in the Australian common media, it would be worth reading The Conversation and the discussions on the ABC(radio/TV) on these issues, for a more balanced and intelligence discussion.

To summarise, don’t neglect this vital aspect of your interview preparation (/personal development as an intellectual person), and practice discussing these issues with colleagues, family, or people who may hold very strong views on these…. And let the sparks fly!