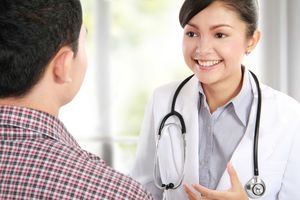 The medical profession and the Border Force Act

As I’ve mentioned previously in other blogs (e.g. on Australian asylum seeker policy), it is vital that, as medical students and future health professionals, you have a good knowledge of wider issues that may affect the health profession. Indeed, one of the most controversial and important issues that have emerged in recent weeks is the introduction of the Australian Border Force Act 2015 (Cth) (‘The Act’). Following the passage of this legislation, there has been an audible outrage from the medical, teaching, health, and social work professions as to the detrimental effect that the provisions within the Act have on their patients and clients. This blog, whilst trying to remain apolitical (which isn’t too hard, as both major Australian parties both support this), will briefly discuss what implications this new Act has for the medical profession.

I don’t believe it is necessary to outline Australia’s extremely hard-line response to asylum seekers, as it is not only exceptionally well documented, but is curiously (and alarmingly) something that the Government is very eager to boast about. Of importance here, is that we have contracted private companies to run detention centres that hold asylum seekers (‘boat people’) who have looked to Australia’s aid from persecution. These detention centres have been engulfed in controversy – from their extremely high economic costs, the multitude of reports detailing violence, sexual violence, and child abuse, the condemning of these centres by the United Nations as reprehensible to the principles of the Refugee and Torture Conventions, and to the cloud of secrecy that has since floated about them.

The major, practical effect of the Act is as follows:

The outrage that has come from this provision from the aforementioned groups is because it obviously affects the ability for doctors etc. to be able to disclose abuses towards detainees, including children. As there are contracting doctors who visit the island, this means that they may face jail-time if they reveal abuses committed in detention centres.

The government has moved quickly to alleviate these concerns, by pointing out that ‘if it is necessary to prevent or lessen a serious threat to the life or health of an individual’ disclosure of protected information can be allowed. However, this disclosure must be to the Immigration Department (who have either been extremely slow to act, or not acted at all, on previously reported abuses), and the whistle blower bears the evidentiary burden of proof that this exception applies, which is a deterrent in itself. There is also an argument, due to the effect of the Public Interest Disclosure Act, that doctors would be able to make these disclosures in the public interest; however, this does not apply for ‘sensitive law enforcement information’, and due to how frequently the government invokes notions of ‘national security’ and ‘operational matters’ when discussion relates to asylum seekers, you can bet that such a public interest disclosure argument would fail.

This legislation has received widespread condemnation by health and humanitarian workers, with many being involved in protests, and penning open letters to the government. Even though an employee may be able to make a disclosure about conditions in off-shore detention centres, there is a lot of ‘discouragement’ in the Act for them to do so. Further, it is stipulated in the legislation that it must be disclosed internally first; and due to the governments penchant for secrecy and protecting its policies, it is highly likely that an internal compliant would amount to nothing.

This is an extremely important issue to not only medical professionals, but Australians – the health of asylum seekers and refugees who request our aid are, for lack of a better word, a national disgrace, and we all should engage in the issue.