Our FREE GAMSAT Essay Writing Online Workshop is in Less than 1 Week! | Register Today and Hone your Skills!

The non-science backgrounder's guide to the GAMSAT

The GAMSAT is daunting 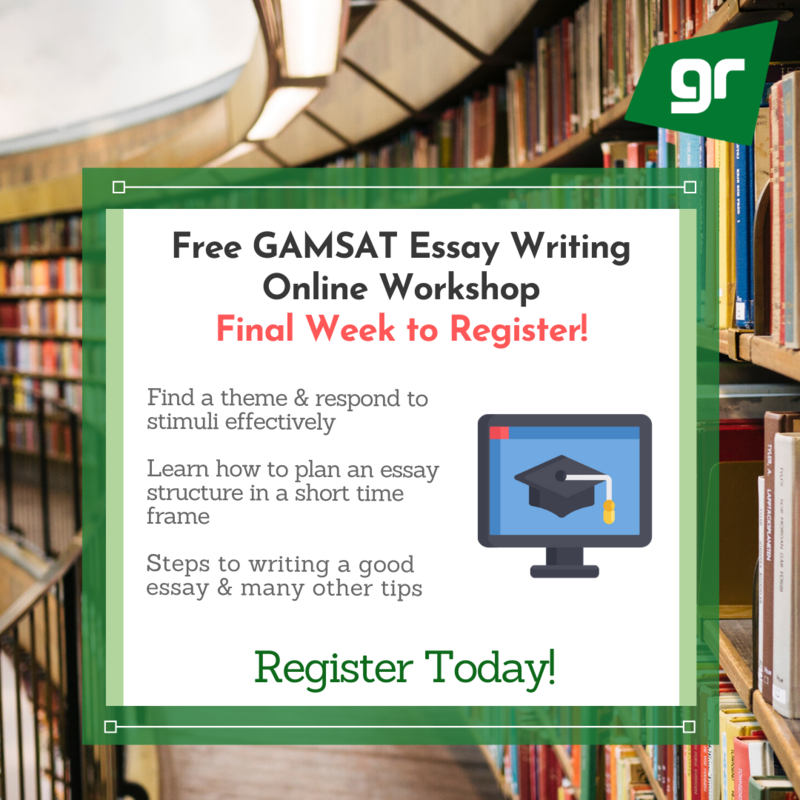 enough for science students, from whom the majority of the testing pool is derived.  The reason that Medical Schools continue to use a test that is detested by the general undergraduate public is because there seems no better way to do it. A variety of studies have shown conflicting evidence on the correlation between GAMSAT scores, interview scores and GPA scores and future Medical School performance. A 2007 study in the Medical Journal of Australia found no association between GAMSAT scores and clinical reasoning tasks, a fundamental activity in Medical School curricula. Another in 2008 found that GAMSAT was the weakest predictor of Medical School grades, with GPA being the strongest. However, putting the statistics aside, there is some merit to the test.

Indeed, in addition to gauging the ability of students to deal with stress, the GAMSAT ensures that students cover a variety of study materials and have aptitudes in the areas of humanities, social science and biological sciences. A common complaint against the exam from non-science background students is that the test is insurmountable. I think that the crux of our issue with the GAMSAT is that the test is really an ephemeral idea, a concept of fear and self-evaluation that few have the internal capacity to conquer. But it shouldn’t be like this.

In essence, the test is a chance to separate ourselves from those that think in this pessimistic fashion. In case the concept of GAMSAT preparation is entirely new to you, here’s a brief run-down:

The score that is jut out at the end of the process is tailored from the calculation below:

The only Medical School that uses a different system is Melbourne, which does not make the science section double-weighted. Each score for each section is a percentile of how one performs amongst their peers on that given test. So, based on the curve below, if one scored better than 90% of the field in a given section (y-axis), they would score a 66 on that section (follow it down to the x-axis). Note that the curve continues to scores of 100 in reality.

One of our magnificent tutors, Dan, wrote a great article on GAMSAT tips and preparation for Section II, which can be seen here. Non-science background students are more or less defined as non-health science undergraduates and believe me, they come from all walks of life - classical music, political arts, global studies, mathematics or even the workforce itself! At first, GAMSAT preparation, especially for Section III, seems abhorrent, ghastly and every other fear-inducing synonym that you can think of.  The truth? It’s really not.

There’s a systematic way to break down the walls of the content and give yourself the best shot at smashing it come GAMSAT day. It’s about recognising that no matter the undergraduate background that you come from, you have learnt facts in the past, you have problem-solved in the past and you have triumphed over tests in the past. All of these skills that are misperceived as being non-transferable to a science ilk are indeed transferable. In fact, many of the non-science students do better than the science students, as per my anecdotal evidence as a tutor. Individuals with a new or different perspective analyse problems in ways that science students have taken for granted or misapplied.

The best advice possible for now is to attack the science sections, as listed above, in the proportions that they contribute to the exam. That is, spend 40% of the time on chemistry and in doing so, make sure that you focus on the basic principles. If you have to learn it from the bottom-up, so be it.  There are plenty of open-source resources out there but of course, nothing matches the nurturing guidance of a GAMSAT preparation course.

So, my ultimate GAMSAT wisdom? Collate all the GAMSAT tips that you possibly can and give it a crack. The GAMSAT is the hurdle that turns most non-science background students away from Medical School. And honestly, I can’t envisage anything worse.

So many of the most empathetic, insightful and intelligent medical students, doctors and health professionals are ones that once prided themselves on writing an eloquent political essay on the distribution of maize in Sub-Saharan Africa, or indeed wrote poetry and prose until their head spun. If you think medicine is for you, don’t deny yourself the chance to be a phenomenal addition to the field - crush the GAMSAT head on. If you want to look at your options & where you could potentially study, PostgradAustralia is a great platform that allows you to explore, compare, and apply for different medical specialties around Australia.

Studying for the September GAMSAT? Lost at the thought of writing essays?

Our FREE GAMSAT Essay Writing Online Workshop is in less than 1 Week!

You’ll learn how to “find the theme”, plan an essay structure, and walk through a marked essay with an experienced Section 2 tutor and essay marker.