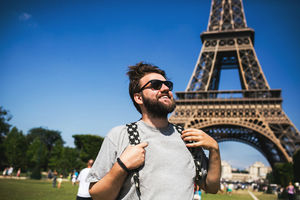 Time to Change the Script

GAMSAT® Exam essay writing asks its students to be alert to many different stimuli to write a thought provoking and insightful essay. These can be world events, upcoming elections, global phenomena or historical findings.

Often, students can face writing blocks stemming from a lack of stimuli. This is because of the focus on increasing mental capacities and a lack of emphasis on the experiential or reflective capacities of students. Along with the work load of S1 and S3 which are comparatively more theoretical sections, the GAMSAT® Exam student is expected to study equally hard at gaining knowledge for the humanities section. In this essay, I would like to examine some techniques that could be equally valuable for the GAMSAT® Exam humanities essay writing section.

I often find myself advising students to ‘read widely’, ‘increase examples’ or point out the lack of ‘critical thought’. However, when these tried and tested methods are exhausted, different kinds of stimuli can be used for preparing for the S2. The term humanities itself is so called because it is the study of human cultures. Taking a cue from the term, we could think of the humanities as a platform for allowing greater personal and critical reflection. There are several ways of increasing personal reflection that could begin with the following:

Travel, photographs and journals, as odd as they sound could be your unexpected inspiration for GAMSAT® Exam practice. Keep your eyes and ears open for quirky sights – they could be your next essay inspiration. All the best!

With up to 5 Millennials Scholarships available across Australia, don't miss your chance to secure a Free GAMSAT Attendance Comprehensive Course + $500 Cash!

We’ve also partnered with residential colleges around Australia for our exclusive Principal’s Scholarship - Take this chance to secure your free GAMSAT course for the March 2022 GAMSAT Exam!

Applications close midnight this Sunday 31st October - For details on how to apply and to find out more, click on the link below.