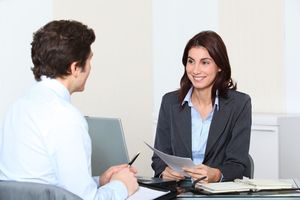 It’s also worth noting that some universities (eg. Wollongong) directly email any unsuccessful candidates who preferenced them as a courtesy, even if they qualify for an interview at another university.  So don’t be alarmed if you get a rejection email directly from a university.  It’s not over until the GEMSAS lady sings.  GEMSAS also normally update their website to indicate when all rejection emails have been sent – so after that point it’s no news is good news while you wait for an interview offer to find its way to you.

Regarding the exact timing of the offers and the interviews themselves, unfortunately what has been written at the start of this article  is as precise of a timeframe as is available  - GEMSAS needs to run its simulations before interview offers can be made. In addition,  universities don't generally publish their interview dates unless the interviews are going to be held earlier than normal, which is the case for Monash this year.   All the other universities would usually conduct the interviews in late September-early/mid October.

InterviewReady preparation courses
To coincide with interview offers GradReady are holding two sets of InterviewReady courses.  The first course will be held in July (7 th) and will be modelled on the USyd MMI.  The second course will be held in September (8 th) and combines aspects of the MMI from various GEMSAS universities.  For more information on the various forms of the MMI, check out our blog post 'How the MMI differs between Australian medical schools'.

However, if you preferenced Monash first and have a competitive GAMSAT® Exam (68+), due to the early MMI you won’t be able to enroll in our September InterviewReady course so you might want to consider enrolling in the August course – although the mock MMI will be modelled on the USyd structure, the interactive workshops and practise interviews will have you ready to tackle the Monash MMI with confidence!