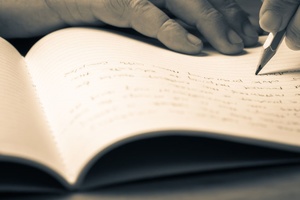 Tips For Refining Your Humanities Essay

Just as in university assignments, there is always room for improvement in most GAMSAT® exam humanities essays. The list of improvements can sometimes feel endless, especially as essays begin to improve and you want to gain that extra edge to get a higher grade.

Now, sitting on the other side of the table as a marker, I can understand the difficulty my GAMSAT tutors would have felt when marking essays. Below are some tips for polishing those rough edges of your S2 essay, and perhaps questioning some things you took for granted.


Use this as sparingly as you would with a future patient.

In the case where the rhetorical question fits in an essay, a quick check list should be thought of to ensure it is being used correctly. Students can quickly double check whether it is appropriate by questioning: It is rarely necessary to use a rhetorical question. There are usually other ways of conveying the point without using a question. If, however, you feel strongly about it, think twice so that you know that the rhetorical question is contributing to your essay effectively.

Each word in your essay should have a purpose, and there is nothing more problematic than having a question that does to achieve its desired effect. Used appropriately, the rhetorical question is an emotive device which can make reader’s question themselves and their actions.


Examples should be as unique as possible. Hitler, Mother Teresa and climate change all come under the category of generic examples. There are exceptions to this, such as when students explore a unique aspect about these people or concepts. This could be a new discovery or rare facts about them. The example should also contribute to the discussion. If your example only makes up one sentence in the whole paragraph, that usually means the example is not detailed enough.

Examples should directly relate to the theme and your discussion regarding it. Consider reading articles and news sites to gain information on the latest developments in science, history and literature. Furthermore, many students like to use personal examples in their essays. These are usually quite good as people can reflect on their lives and write about them in length. These are great when they are paired with descriptive language about specific incidents and events in the life of a person.


This feature can be divided into:


Think about an essay in which what the writer describes is so vivid you can visualise everything. Now think about an essay which is difficult to comprehend, words strung together into complex sentences. The difference between these two essays is the language used to describe the scene.

Usually descriptive language works well in a reflective essay, but it can work equally well in an argumentative essay as well. Descriptive language is created using your faculties of observation and reflection. For example, in an essay on childhood I would emphasise on the descriptive language as in the following: ‘As a child I remember incessantly digging through mud and stones
in my best friend's backyard. Dig, dig, dig, one day we dug all day with her mother’s finest cutlery believing we would find sooner or later pieces of gold, right here in her backyard.’

If you can put into words the nature of your surroundings or whatever you are trying to describe, your writing will improve immensely. Try to describe the minute details of the scenario, this will help your essay to ‘come alive’, so to speak, for the marker.

At the end of the day, along with the marking criteria, the purpose of the GAMSAT® exam essay should be to entertain, inform and educate. I think this is an important purpose to fulfil and every essay has the potential to do so.

Together with improved reading habits, your essay can jump a score in no time. All the best!

You can also find some Free GAMSAT Example Essays Here