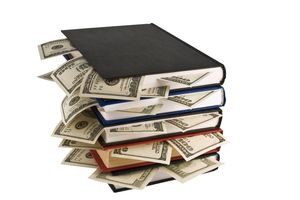 What does a GP co-payment really mean?

In this short blog, the aim is to give you an idea of the impact of a potential ‘GP co-payment’ on the medical workforce and the general patient population – the vast amount of information from the popular press on this topic, and the widespread debate associated, means that most readers are probably at least mildly acquainted with the topic. Unfortunately, just tuning into the mainstream media in this country also means you miss out on most important items of discussion, which will be vital to you as medical students, and as future practitioners. Having a reasonable knowledge on subjects such as these is also equally invaluable for your interview preparation – it is definitely not uncommon for candidates to be asked to comment on a political issue that may relate to health, and so it is important to be able to discuss the issue in manner that weighs up both aspects of the debate, as there is often two sides.

The GP Co-payment is certainly an issue that is multifaceted, and this short blog will not be able to go through all of the different issues and arguments surrounding it, so I definitely recommend expanding your reading! As some background, the initial GP Co-payment ‘Mach 1’ was proposed as a cost-saving measure in the 2014 Federal Budget, where patients would have to pay $7 at each GP visit (definitely not that simplistic, but as it has been repealed, only a superficial overview is needed). The idea of the co-payment was to reduce health-care costs and to establish a research fund, though arguably at great cost to the most vulnerable in society who might not be able to afford such a price increase.

The GP Co-payment ‘Mach 2’ has since been introduced and will be debated in 2015. This is arguably a more complicated policy (very well explained by http://theconversation.com/gp-co-payment-2-0-a-triple-whammy-for-patients-35334), but is grounded on three major changes:

The majority of Australians, aided by the poor quality of the major media outlets in the country, will most likely see the $5 rebate reduction, which (on face value) excludes vulnerable patients, as a lesser evil than the $7 co-payment. However, looking at the changes as a whole, it is plainly evident that though concessions and pensioners will avoid the $5 rebate cut, GPs will inevitably be affected by changes 2 & 3 when treating these patients (and all others). As such, there will be a difference between the cost of care and a rebate, most likely meaning that doctors will be forced to charge a co-payment regardless. The Conversation article linked above suggests that this difference may be easily as much as $25. There have been suggestions that the GP co-payment Mach 2 is simply an alternative mechanism for achieving practically the same outcome – patients paying more out of pocket for health care – except that the ball is forced into the GPs hands to enact this change.

It is vital for future medical students and medical practitioners to read more into this issue and come to their own conclusions, as increases in costs of medical care will affect patients visiting the doctor. This will disproportionally affect low-income earners, and result in a heavier burden on the health system in the future when untreated illnesses turn into debilitating issues, and early prevention is made much more difficult.